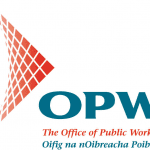 Off the northern bank of the Shannon Estuary lies Scattery Island, the site of an early Christian settlement founded by an extraordinary man, St Senan.

There are six ruined churches on the site in addition to a Napoleonic Artillery Battery and Lighthouse. The Church of the Hill stands on a high spot, the very place where, legend has it, an angel placed Senan so that he could find – and then banish – the terrible sea-monster called the Cathach. It is believed that Senan is buried beside another of the medieval churches.

Scattery was invaded many times over the centuries. The Vikings in particular believed that the monastery held many riches and returned several times to ravage it.