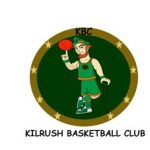 Continuing the strong tradition that is basketball in Kilrush

Kilrush Basketball Club is a basketball club serving Kilrush and the surrounding areas. It was born out of a long tradition of basketball in West Clare.

Kilrush Basketball has a long and successful history in under age basketball. In the 1990s their girls won the U 16 All-Ireland B Schools Basketball and the U14 All Ireland B basketball titles, a mixed youth club U16 title in 1991 and 3 in a row mixed U 19 Youth Club titles from 1993 to 1995. With great thanks at this time going to Mr Joe Heneghan school basketball coach and Martin Russell coach at community games and youth clubs levels.

In 2009 the club was reinvented by Susan Bermingham and Marie Nolan to compete in the newly formed Clare league. Presently we have 160 members.

Our players begin their basketball career in our Youth Academy from aged 8. We field both girls and boys teams from U12 up to U18. KBC have won many Clare league titles and in 2013 represented Clare in the U14 girls All Ireland Club Championship. KBC have had always had annual success in the Clare Community games with last years U11s getting to the Munster fianl. We also have representation on Clare teams every year. Huge thanks need to go to Helen Crowley, Paul McGibney, Grace Howard and Catherine Howard for their continued support and drive which make our club go from strength to strength. Our highly skilled coaches are committed and give of their time so willingly for the betterment of the young basketballers in Kilrush.

With the combined help of our every giving coaches and enthusiastic players we hope to continue the strong tradition that is basketball in Kilrush.